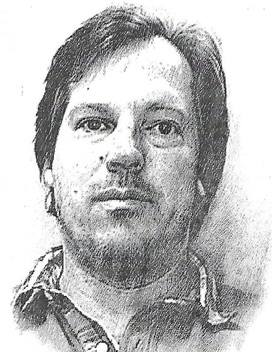 Cristóbal M Sartori Ph.D. (Chastain Discipline Leader)
Campus: Chastain
Office: A109
Email: csartori@irsc.edu
Phone: 772-419-5638
Biography: Dr. Cristóbal Sartori earned his Doctor of Philosophy from the University of Nebraska, where he studied Latin American Literature. His area of study is Colonial Indiginism, which can be described is writing by native Americans or about native Americans during the colonial period. He has traveled extensively around the world and has visited every continent except Antarctica.
Classes: SPN 1120, 1121 ENC 1101, 1102
Teaching Quote: “Without language, one cannot talk to people and understand them; one cannot share their hopes and aspirations, grasp their history, appreciate their poetry, or savor their songs”
(Nelson Mandela, Long Walk to Freedom).
Resources: www.studyspanish.com ; http://www.bbc.co.uk/languages/spanish/mividaloca/

Donald Skinner
Campus: Pruitt
Office: J312
Email:  dskinn@irsc.edu
Phone: 772-336-6243
Biography: ​Donald Skinner earned his Master of Arts degree from the University of Florida, where he studied British and American literature. Though he truly loves 20th century American novelists, especially Hemingway and Faulkner, his major courses of study were in British Literature, especially the Medieval and Romantic periods. Mr. Skinner teaches composition courses, ENC 1101 and 1102, and also both English literature classes. Throughout his career, Mr. Skinner has embraced the college’s efforts to make classes available to non-traditional students by teaching composition through a telecourse , by providing an in-house filmed lecture series in English literature, and by offering the first humanities web-based course at IRSC, English Literature After 1798. As a teacher, his practical goal is to help students improve their writing skills and better direct those skills toward academic and professional writing. His intellectual goal is to help students understand the connections between the various academic disciplines. He has served on and chaired various committees such as the Learning Resources Committee and the SACS editorial committee.  Twice he has earned the faculty of the month award.  Each semester he presents a poetry workshop for the ASC in the Learning Resources Center. Mr. Skinner is a lifelong resident of St. Lucie County, having graduated from Ft. Pierce Central in 1978 and Indian River Community College in 1980, after which he earned a Bachelor of Arts at the University of Florida.  Mr. Skinner’s other interests include fishing, scuba diving and camping.

Krista Steinke, Ed.S.
Email: ksteinke@irsc.edu
Biography: Professor Steinke has been teaching at Indian River State College since 2013. Her background is in K-12 education. She has completed her Master’s degree in Educational Leadership and Specialist degree in Adult and Community Education. She is currently completing her doctorate in Adult and Community Education at Florida Atlantic University. She has authored and co-authored several articles in peer reviewed journals and handbooks, including the International Forum of Teaching and Studies, The Handbook of Teaching and Learning in K-20 Education, and The International Journal of Adult Education and Vocational Technology.
Classes: ENC 1101 & ENC 1102
Teaching Quote: "I believe that education, therefore, is a process of living and not a preparation for future living" (John Dewey, 1897). “Those who dare to teach must never cease to learn” (John Cotton Dana, 1912).
Resources: OWL Purdue: https://owl.english.purdue.edu/
Google Scholar: https://scholar.google.com/
IRSC Library Databases: http://www.irsc.edu/libraries/findarticles/findarticles.aspx?id=1222
Grammarly: www.grammarly.com 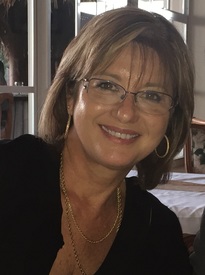 April Van Camp, Ph.D. (Pruitt Discipline Leader)
Campus: Pruitt
Office: J 307
Email: avancamp@irsc.edu
Phone: 772-336-6274
Biography: Professor April Van Camp earned the Doctor of Philosophy in English Texts and Technology at University of Central Florida, where she studied the implications of communicative technologies on the humanities, emphasizing photography’s role in cultural narrative.  She served one term as Vice President of the Florida College English Association, two terms as Vice President, and she has been a member of FCEA since 1996.  Professor Van Camp also supports The Zora Fest Committee of Fort Pierce, sits on the Board of Directors for Healthy Start Coalition in Okeechobee County, and assists with grant writing for St. Lucie County Boys and Girls Club.  She has published several creative non-fiction essays, a chapter for Steve Glassman and Socky O’Sullivan’s Florida Crime Writers anthology, was editor for the 2008 edition of Florida Proceedings, and co-published Women of Florida Fiction.  She has served on the Zora Fest! Committee in Fort Pierce, and participated in an IRSC local theater productions of The Lion in Winter.
Classes: Since coming to the College in 2000, Professor Van Camp has taught composition I and II, American, English, and World literature, and Children’s literature for an elective and for elementary teachers.
Teaching Quote: “Education is not the filling of a pail but the lighting of a fire” (William Butler Yeats).