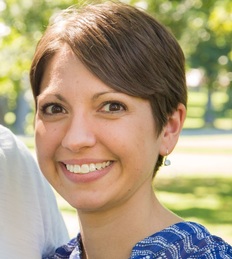 Name: Dr. Katharine Piatchek ​(Chair of Development Education & Composition I)
Campus: Main
Office: Main Campus, J-210
Email: kpiatche@irsc.edu
Phone: (772) 462-7158
Biography: Katharine Piatchek received bachelor’s degrees in English and Secondary Education with a minor in writing from Washington University, after which she taught English at the high school level in St. Louis, Missouri and just outside of Washington, DC. She earned a master’s degree in English and American Literature from Georgetown University, and a PhD in American Studies from Saint Louis University. When she moved to Florida in 2012 she returned to the high school classroom teaching English in St. Lucie County Schools, and she began teaching as an adjunct at IRSC. Now at IRSC full time, she enjoys helping students to develop their own comfort and confidence with finding their voices and expressing themselves in writing.
Classes: ENC 0017, ENC 1101, ENC 1102, LIT 1000, and ENC 2210
Teaching Quote: “We are what we repeatedly do. Excellence, then, is not an act, but a habit.”

Jacqueline Peña has been dedicated to higher education for over 20 years, working in a variety of support, instructional, and administrative roles.  Jacqueline’s passions include the English discipline, creative writing, the college classroom, and entrepreneurship.  She dedicates her time to sharing her ideas and experiences via her writing and speaking activities with different audiences while teaching English courses online. 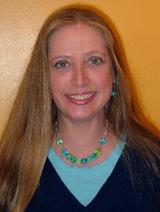 ​Tammy Powley, Ph.D. (Chair of English, Communications, & Modern Languages)
Campus: Main
Office: J114
Email:  tpowley@irsc.edu
Phone: 772-462-7712
Biography: Tammy Powley earned her BA in Creative Writing, MA in Literature, and Ph.D. in Texts and Technology from the University of Central Florida. Some of her research interests include 19th century literature, domestic technology, digital media, and Southern literature. Professor Powley has written a number of instructional books, including Making Designer Mixed Media and Memory Jewelry and The Complete Photo Guide to Jewelry Making. Her book Women of Florida Fiction was published in 2015 by McFarland, and her novel Crafting Memories is available as a Kindle edition through Amazon. She teaches Creative Writing, Technical Writing, Composition I, and Composition II and enjoys offering students alternatives for critical thinking that are both appropriate for a work-place or academic environment. Along with teaching, she sponsors IRSC’s Caring through Crafting club, which has been awarded numerous awards from Campus Coalition Government since the club began in 2011: IRSC Pride Award; Outstanding Community Service; and Riverlife Achievement Award. Before turning to teaching full-time, Dr. Powley spent eight years as a technical writer primarily working in the defense industry. 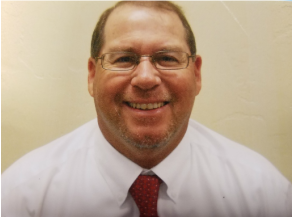 Hank Raulerson (Dixon Hendry Discipline Leader)
Campus: Dixon Hendry
Office: A115
Email: hraulers@irsc.edu
Phone: 863-824-6007
Biography: Mr. Raulerson has been teaching English classes at IRSC for a quarter century, mostly at the Dixon-Hendry campus in Okeechobee, where he was born and raised (and where he still resides in the house he grew up in).  His grandfather’s grandfather, Peter Raulerson, was the first settler in Okeechobee, so he has deep roots in the community.  After graduating from Okeechobee High School, Mr. Raulerson attended Auburn University for his undergraduate degree in English and then Florida State University for his Master’s degree in English/Writing.    Since 2013 he has been Fiction Editor of The Indian River Review, a literary journal based on the Main Campus in Fort Pierce.
Classes: Composition I and II (ENC 1101 and 1102), American Literature, and Introduction to Literature (LIT 1000).  He has taught Creative Writing and English Literature as well.
Teaching Quote: Mr. Raulerson believes that writing is both craft and art, and that a good sentence or paragraph or story—written or read—can change your life.  He is continually astonished by the work his students produce.